Economics is dogmatic and monolithic

Nowadays, economics in universities is taught from a sole perspective. That is, economic theory both in books and classes is reduced to one single theory: the Neoclassical one. Justified by the evolution of the history of economic thought, economics narrowed its approach to Neoclassical theory by neglecting other ones: Marxist, Post-Keynesian, Austrian, Institutional, Ecological, Feminist, Complexity, Cooperative and Behavioural (Fischer, et al., 2018). Those schools of thought address a diverse range of issues, by tackling them with different angles and a broad set of objects of analysis. Instead, Neoclassical economics treats those issues by adopting the same old principles, namely supply and demand, general equilibrium, moral hazard, information asymmetry, externality, perfect competition, marginal productivity, utility etc. Although some argue that economics is going through a pluralist transformation (Smith, 2018), in the sense that it increasingly deals with different kinds of issues (Coyle, 2018) – from health, education, agriculture and development to wars, politics and elections – it is actually not. In fact, health economics, development economics and environmental economics are nothing more than Neoclassical economics applied to health, development and the environment. Pluralism is rather associated with the coexistence of multiple statuses, qualities or points of view on a single topic as well as substantially diverse theoretical apparatuses for an area of analysis.

Similar considerations can be drawn for methodology, which in economics is – currently – exclusively quantitative. With the aim to “imitate” the natural scientists, economists apply the same techniques and tools that physics, for instance, does. By doing so, they pretend to give economics the status of “science”. In this context, the use of mathematics becomes the unique language of the discipline, discarding other relevant branches that might contribute to its understanding and evolution, namely philosophy, history and ultimately qualitative methods. In this regard, there are three considerations that need to be pointed out. First, the use of mathematics does not imply logical consistency. Instead, logic is a branch of philosophy, which does not always use mathematics to express its statements and – especially – does not need it in order to develop consistent arguments. Secondly, physicists are able to use macroscopic laws to understand the behaviour of macro units of analysis, while economists are not able to do that at all. Instead, they prefer to base all of their knowledge about the economy on the so-called ‘micro-foundations’ (Cencini, 2005). Finally, economics only deals with all that is measurable quantitatively, discarding the objects of analysis that are not. By doing so, it disregards the value associated with the “qualitative” variables, namely those ones that cannot be measured quantitatively but are equally fundamental to the analysis and the description of economic reality.

In the philosophy of science, we can distinguish between positive and normative sciences. On one hand, the former describe the world as it is. In this sense, natural sciences are positive: they describe nature by modelling its behaviours and characteristics, excluding ethical values and judgements within their analyses. On the other hand, the latter are the so-called normative sciences, which add moral considerations to their analytical work instead. In particular, they often presuppose preferences in the policies that should be applied. In this framework, economics can – theoretically – be both positive and normative. The former is true when it describes the world with its objective features, by modelling them without values of judgement. The latter is the case when it adds value considerations based on the form ‘should’ to its analysis, drawing policy prescriptions relying on those considerations. Some argue that economics, while pretending to be ‘positive’, it is actually a very normative science (Reed, 2018). That is, its theories become the rules on which policies are based even though those rules might not be considered fully ‘scientific’. In fact, economics cannot be compared with a natural science like physics, as its object of analysis is substantially different. This leads to the paradox that a social science is wrongly adopted as a natural one, by applying its results to each policy scenario indiscriminately.

By pretending to be ‘positive’, economics aims to be objective and impartial. That is, it wants to give a transparent picture of economic reality, from individuals to organizations and institutions. As previously explained, it does that by modelling their behaviours without inserting value judgments. In doing so, economics also pretends to be apolitical, by assuming that it does not rely on any political force. In other words, disguised by a thin layer of highly sophisticated techniques, economics pretends to be completely “unbiased”. However, in the process of trying to be as objective as possible, economics actually disregards important political factors that determine the behaviour of its actors. Among them, conflicts of interests, institutional strengths, and organizational motives are key features – and drivers – of any economic system. In fact, economics and political economy influence and legitimate each other, within a potentially vicious cycle. For instance, an economic policy will support the theory that better validates its distributive choices, as well as the theory will defend the political ideologies that follow its insights (Guzzi, 2018). Therefore, economics is rather a deeply political science, which strictly depends on the power relations within the society.

While pretending to be positive and apolitical, economics also pretends to be ethically neutral (Reed, 2018). However, it smuggles in an individualistic, anti-social ethos that is determined and ‘performed’ by Neoclassical theory. In this framework, some defines the mainstream approach as awry, malign and psychopathic, arguing that the Neoclassical architecture certainly airbrushes out the negative consequences of a destructive behavioural mind-set–selfish individualism, regarding such behaviours not only as inevitable, but desirable (Reed, 2018). In this sense, I argue that economics is first and foremost ethical. That is, it should include ethical considerations in its analysis as any other ‘social’ science does. Secondly, the methodology adopted by economics does not escape from this fallacy. In particular, the choice of model an economist makes in order to explain a certain phenomenon strongly affects the conclusions he/she draws (Moran, 2018). Therefore, choosing a model is an implicit way to give value – meaning importance – to certain variables rather than others. Those are the reasons why grounded preparation in epistemology and ethics would be necessary – if not fundamental – to economists’ education. While the former would be useful in order to assess the meaning and validity of models, the latter is rather relevant for systematic discussions of many economic problems.

Economics is a pseudo-science

Pretending to be ethically neutral, objective, unbiased, apolitical and positive, economics mainly wants to be “scientific”. In this sense, economists assume their discipline to be a science as well as physicists know that physics is. In particular, they pretend economics to be an exact science, at the same status of the natural ones: not only like physics, but also geology, biology etc. In fact, economics is first and foremost a ‘social’ discipline, meaning that its object of analysis is substantially different than the one enquired by the natural sciences. That is, economics studies human behaviour and generally humans, not atoms or finite organisms. This is also the reason why it cannot be considered at the same “level” of the natural sciences. Moreover, debate is on whether it can be considered a science at all. In this regard, some argue that economics is de facto much more similar to astrology than physics. Arguments behind that consideration rely on the fact that humans are subjects who constantly change, evolve and mutate. Therefore, their behaviour cannot be modelled or precisely theorized. Consequently, the same is true for the other actors studied by economics, namely institutions and organizations – which are composed by humans. As a result, I argue that economics cannot be considered an exact science, but it is rather more similar to a pseudo-science.

Nonetheless, economics manipulates the minds of those who study it, affecting their way of thoughts and behaviours. That is, economics students reveal themselves to be more individualistic and competitive, while less altruistic and cooperative than others. Experimental research shows this tendency, some arguing that self-selection might be a relevant factor (Frank, Gilovich, & Regan, 1993). That is, we don’t know whether is economics to change students’ minds or certain types of students who are keener to enrol economics courses. However, it is true that economic theory promotes certain behaviours rather than others. For instance, it postulates a homo oeconomicus who is self-centered, perfectly rational and fully informed of his alternatives. Those characteristics influence the way people think and behave, strongly affecting their actions. As a result, our society is becoming increasingly selfish, composed by calculating individuals who pretend to be fully aware of their choices. Some scholars call it ‘performativity’, referring to the way in which economics language and assumptions affect reality (Ferraro, Pfeffer, & Sutton, 2005). However, the manipulation to which I refer to is slightly different, as it is more subtle and indirect. In fact, the way in which the society changes its patterns of behaviour accordingly to economic theory is a very complex and pervasive process, which is rather difficult to explain but extremely meaningful for the description of our times. 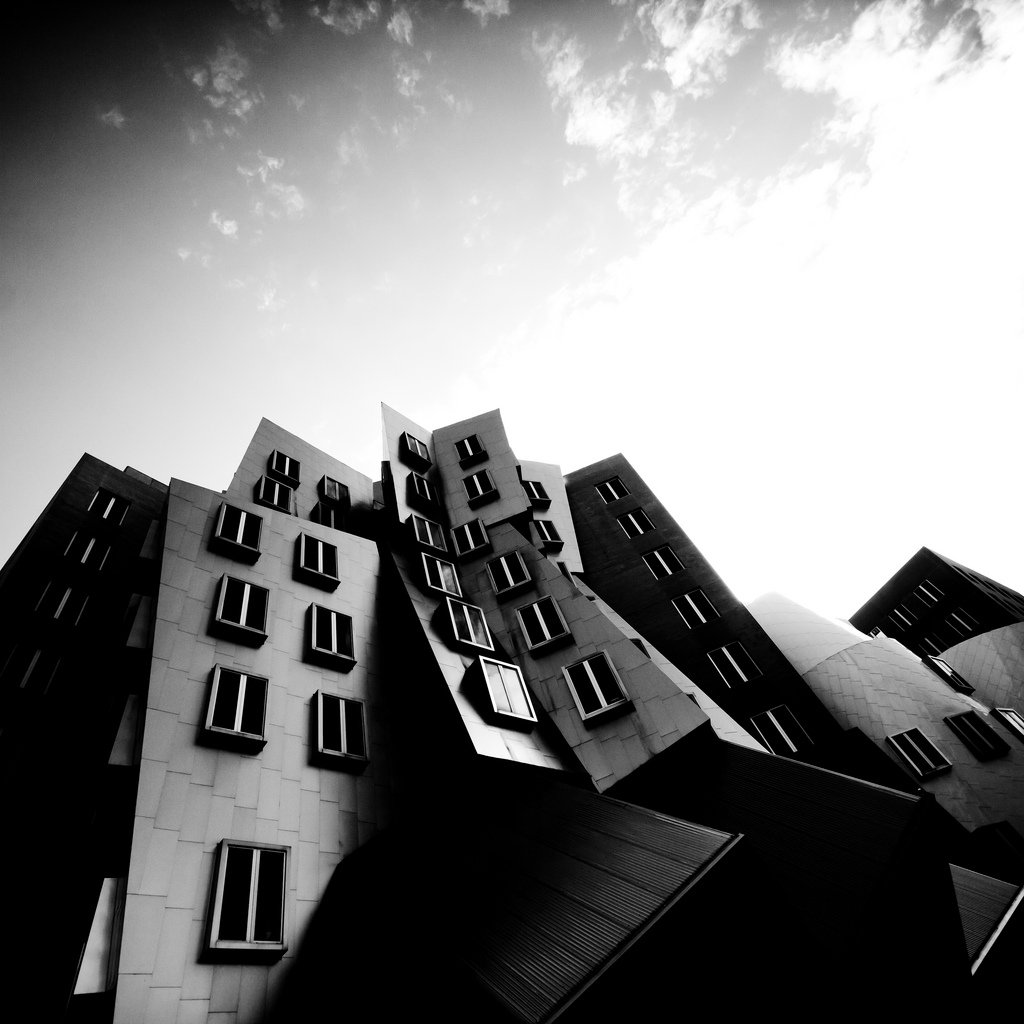