Lesson no. 1: You can’t make history in history.

Good historiography has always been conducted retroactively, or rather when events come to an end and not during: some form of detachment is required in order to pass judgment and recount them. From Marc Bloch to Fernand Braudel, this is a fixed, clear and essential point for any self-respecting historian. Everything else belongs to the realm of journalism. Nonetheless, in this day and age newspapers appear to be the most revered and the most harnessed source of information, in lieu of books, papers or textbooks. It is a mass media function, which to this day increasingly constitutes the basis on which our knowledge forms, moulds and (d)evolves itself. It is thus evident the political role that media information plays, which often willingly supports or even promotes the interests of certain individuals to the detriment of others.

Yet, it is precisely during periods like this that the political role of the media instrument gains speed (due to the frequency and quantity of articles being published on the same topic) and intensifies (due to the relevance and significance acquired by the same topic). It is therefore crucial, if not indispensable, to be circumspect in the messages currently being sent to the press for they will determine how public opinion will perceive tomorrow’s lived experience. In particular, let us not forget that readers, listeners and viewers alike are extremely sensitive to any message received in states of emergency and urgent need, which is what we’re living through now, insofar as they are naturally more inclined than usual to seek confirmation, security and “truth” in periods of widespread uncertainty. As a great twentieth century sociologist and expert in communication once illustrated in his most famous work:

The new media and technologies by which we amplify and extend ourselves constitute huge collective surgery carried out on the social body with complete disregard for antiseptics. (McLuhan, 1964)

It is certainly not the “clinical” taste of McLuhan’s metaphor that makes his thinking more timely than ever. It is rather a reflection on mass manipulation that underlines the critical role of information in times of crisis. We cannot deny that many media, in being aware of the political role they play and the media potential they acquire in times like these, are taking advantage of them. Some exaggerate to the extent of denying scientific evidence, even to the point of making serious logical errors so as not to have to give in to the principle of transparency. Of all the many fields in which this is happening, the most unusual appears to lie in the economic one, which the next “viral” lesson deals with.

Lesson no. 2: The model of economic development must change.

If indeed there is any certainty about the period we are going through, it revolves around the economic sphere. In particular, the most promising latest studies highlight the critical impact of some factors, which are associated with the economic development system that we have become accustomed to, with regard to the origins of the pandemic. For instance, there are causal relationships between the pace of growth that the world has thus far granted itself and the evolution of the latest global pandemics. As scientists from The Intergovernmental Science-Policy Platform on Biodiversity and Ecosystem Services explain to us, ‘recent pandemics are a direct consequence of human activity –particularly our global financial and economic systems, based on a limited paradigm that prizes economic growth at any cost’ (IPBER, 2020). And yet, the authors of the forgotten report published by the Massachusetts Institute of Technology (MIT) on the limits of growth had warned us:

Taking no action to solve these problems is equivalent to taking strong action. Every day of continued exponential growth brings the world system closer to the ultimate limits to that growth. A decision to do nothing is a decision to increase the risk of collapse. (Meadows, 1972)

In short, nature rises up against limitless economic growth in various ways; the pandemic can be considered one such way. The extirpation of environmental resources and the destruction of the ecosystem, from deforestation to the exploitation of the seas, also give rise to pandemics –increasing the probability that unknown animal-derived viruses (of which there are almost 2 million) can infect humans. More proof of the dramatic consequences of contemporary economic development comes from environmental science, which has just proved that long-term exposure to air pollution is one of the most significant factors in virus-related deaths. As the author of a research published in Science of The Total Environment explains, it is no wonder that the highest mortality rates have so far been found in some of the world’s most polluted regions, i.e. with the highest levels of NO2 (Nitrogen dioxide) –including Northern Italy. In fact, precisely because of our ailing economic development system, we have got to a point where more than 90% of the global population breathes in air that is potentially harmful to human health (IQAir 2019 World Air Quality Report): growth causes many more deaths than any pandemic has ever caused. Fortunately, CO2 (Carbon dioxide) emissions have drastically decreased over this period due to quarantines having been imposed by many governments. A temporary reduction in air and road traffic will clearly not be enough, though. It is economic theory that must change, along with its applications, prescriptions and indications.

It is clear that economics is no science; it never has been and we certainly cannot expect it to become so now. Nevertheless, it is unfortunate that the advice of biologists, geologists and even meteorologists is needed to create a blank slate of two hundred years of economic theory. In short, all this passion (which can almost be regarded as faith) for “scientific” progress leads one to be proved wrong by those who ultimately also produce weather forecast content. Economists don’t make a good impression. Moreover, it should not be necessary to inconvenience the research of natural science experts in order to understand the underlying toxic principles of the current model of economic development; they are so straightforward and instantaneous, even when analysed with the eyes of a common onlooker or the good sense of a citizen of the world. Unfortunately, as often happens (due to the problem presented in the previous lesson) we have fallen victim to modern technocracy. And economics is undoubtedly the discipline in which technocracy has greatly obfuscated many individuals’ rationale (Earle, Moran and Ward-Perkins, 2017).

Lesson no. 3: Politics is mass psychology.

Behavioural sciences have gone through tremendous development in recent decades. For the most part, around much of the world it is psychologists masqueraded as behavioural economists who are governments’ advisors and right-hand men –from the United Kingdom to New Zealand, via France and Singapore. In jargon, they are called Nudge units, but usually the official names of these expert groups include the adjective Behavioural. This word emphasizes the importance that the behavioural approach has taken on vis-à-vis political and economic problems. The pandemic is no exception: from the World Health Organization (WHO) to national governments, many rely on cognitive science to modify individual behaviours that can protect us from contagion; there are also just as many biases that prevent us from doing so. One such bias goes by the name of affirmation of freedom; it is a tendency of ours to react to externally-imposed limits due to an innate need for control. However, a problem can sometimes be a solution. Leveraging the same psychological principle, it is marketing that teaches us that as long as we simply remind ourselves that we are “free to change options” or that we are “free to cancel the subscription”, companies can actually increase sales of a certain product. In the same way, governments that have formally left intact individuals’ freedom to leave home during this period (as is the case in Switzerland and Sweden) have had similar results, if not better ones, with regard to reducing contagions.

Forced quarantine is therefore not necessarily an effective measure especially if other variables are included into the equation, specifically that of mental health (as confirmed by the WHO). In this regard, it is uncertainty as well as insulation that cause the greatest damage. As psychologists across the globe have explained to us, uncertainty about how the pandemic is going to unfold, or about epidemic curves, or even the mere probability of contagion generate anxiety that can easily give rise to panic. However, the other side of the coin of this state of uncertainty concerns the perception of risk. It is interesting to notice that, due to an intriguing coincidence between the two previous lessons, we continue to underestimate the risks (of a systemic nature) derived from climate change compared to those (of an individual nature) linked to the current pandemic. Based on calculations made by the Climate Index Risk, the WHO, and the Intergovernmental Panel on Climate Change (IPCC), there have been at least half a million victims in the last twenty years due to natural disasters alone, which were directly related to climate change. Though we don’t visit the Johns Hopkins University website every day to read the latest report…

In this regard, politics and psychology could play a key role in directing citizens’ behaviour towards solutions that “correct” our perception of risk in order to render it objective or at least well-balanced. However, as the greatest psychologist of all time teaches us:

Groups have never thirsted after truth. They demand illusions, and cannot do without them. They constantly give what is unreal precedence over what is real; they are almost as strongly influenced by what is untrue as by what is true. (Freud, 1921) 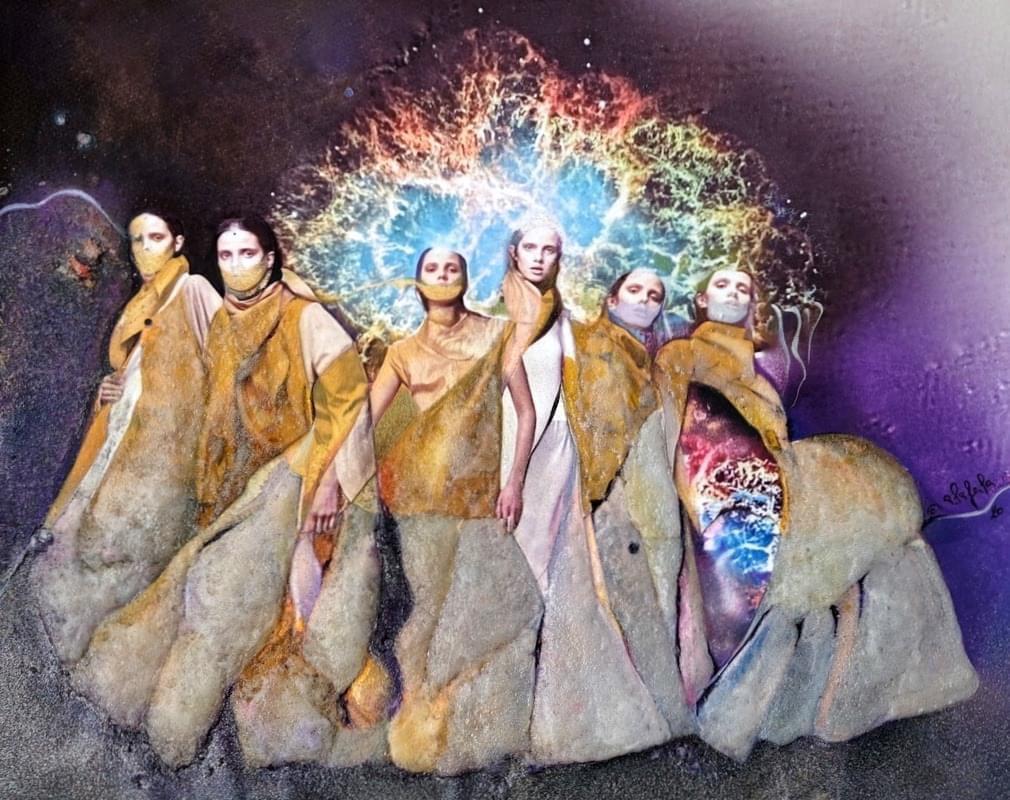 Freud, S. (1921). Group Psychology and the Analysis of the Ego. London: The International
Psycho-Analytical Press.

Ogen, Y. (2020). Assessing nitrogen dioxide (NO2) levels as a contributing factor to
coronavirus (COVID-19) fatality. Science of The Total Environment.

World Economic Forum. (2020, May 04). Scientists warn worse pandemics are on the way if
we don’t protect nature.

World Health Organization. (2020). Mental health and psychosocial considerations during the
COVID-19 outbreak. WHO.