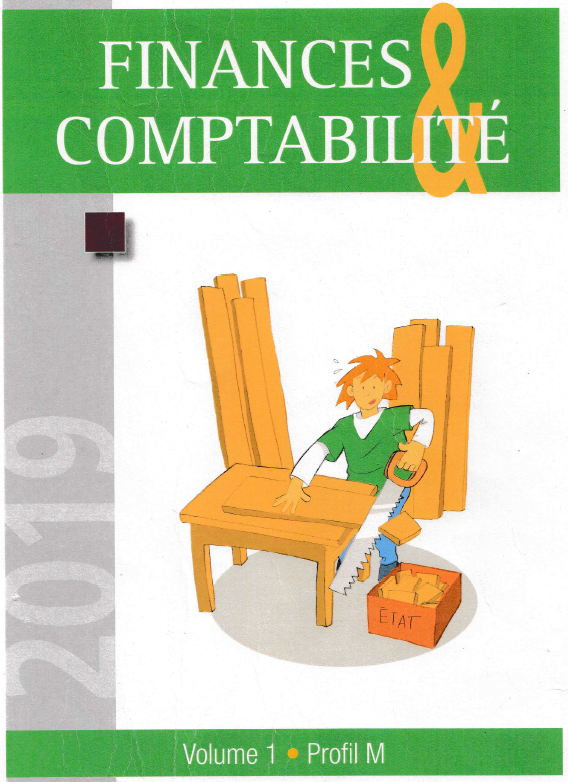 The cover image of one of the most widely used economics textbook in Swiss post-obligatory education depicts the following scene : a young boy, probably an apprentice, is working hard and sweating to build something. No boss is around, but the government is reclaiming its share, which goes to waste. This image is powerful. It conveys a politically conservative message, glorifying private efforts and vilifying public coordination. Class and the environment are left out of the picture. It could be a coincidence, but this way of introducing students to economics is strongly reminiscent of the approach proposed in mainstream academic economics textbooks.

The image to the left represents anecdotal evidence from a limited subfield of the economics discipline. Yet, as documented in my mini-2-ECTS-credits Master thesis at the HEP-Vaud (see link box below), the teaching of economics in Swiss post-obligatory education largely remains a popularization of mainstream economics taught at the undergraduate level, with a time lag. Though its teaching is much less formalized by mathematics, it keeps mobilizing the same theoretical approach, thus conveying the same great narrative.

The biases, blind spots and hegemonic position of mainstream economics in academia and policy circles have been widely criticized in the wake of the 2008 financial crisis. And this has led to limited, cautious and short-lived questioning in Swiss post-obligatory education (Péguiron, 2009). As inequalities and climate emergency keep intensifying, calls for a more pluralistic approach to economics as a pre-condition for imagining a more sustainable world have arisen in academia, followed by concrete initiatives promoting more realistic and progressive economic models and discourses (consult Exploring Economics, INET, etc.).

One could have hoped that some of these intellectual advances and renewal of knowledge in academia would have been transposed down the curricular chain in post-obligatory education. Especially because promoting education to sustainable development (ESD) is now an official policy objective of Swiss post-obligatory education policy. This is unfortunately far from being the case.

To corroborate this claim, my thesis takes a closer look at a broader set of official documents (programs of study and teaching materials). It further includes interviews conducted with key actors playing a role in defining how economics is taught, i.e. the didactics of economics, to get a better understanding about the prevailing consensus in Swiss post-obligatory education. The findings of my thesis highlight the existence of systemic inertia in Swiss post-obligatory education.

Below are four key points of this thesis:

Part of the problem is related to governance. In short, Swiss post-obligatory education consists of two sub-systems: vocational and general education. While the former trains about 2/3 of Swiss students, the latter welcomes the other 1/3.

Vocational education is more centralized. Programs of study are defined at the federal level, in close coordination with professional and business associations to suit their needs and expectations. Unsurprisingly, and as acknowledged by some interviewee:

“we are not going to fool ourselves, promoting sustainable development, ecology or degrowth is not going to be a priority for them anytime soon”.

As to general education, its programs of study are harmonized at the federal level by the Swiss Conference of Cantonal Ministers of Education (EDK/CDIP), whose composition reflects the diversity among Swiss cantons, which are predominantly rural cantons. Since its inception and up to this day, this diversity has always been politically conservative. Study programs are then adapted to suit cantonal preferences and traditions.

It is worth stressing that the official objective of promoting ESD is barely perceptible when examining programs of study for economics. The expression “sustainable development” (SD) does now appear in some programs and (as discussed in the next section) this is interpreted as a call for raising environmental consequences of economic growth in economics classes, which represents a small step forward. Yet, though “inequalities”, “distribution” or “redistribution” of income and wealth are a core concern of the economics discipline and social “equity” is one of the three pillars of SD, none of these expressions ever appear in the examined programs of study.

Here again, part of the problem is related to governance. Teaching materials for vocational education are produced centrally or at least at the level of linguistic regions. For the French and Italian parts of Switzerland, an official body (CREME) evaluates the needs and supervises the production of teaching resources. The production itself is made by teachers, many of whom have strong personal and career links with professional and business associations, as acknowledged by an interviewee. Hence, the possibility of using the image presented in introduction as a cover of one of the textbooks of the collection Économie et Société, which is supervised by CREME.

By contrast, there is no coordination for the production of teaching materials for general education. The supply is ensured by various actors: freelance textbook authors and offsprings of the Swiss national bank (SNB) neoclassical research department, such as Iconomix, or of the conservative EDK/CDIP, such as CREME or Education21, etc. Some of the materials produced by these actors are also suited and used for vocational education.

It should thus not come as a surprise that economics teaching resources used in post-obligatory education generally keep conveying the same great narrative as mainstream economics prior to the 2008 crisis. Iconomix, for instance, which is generously financed and steered by the SNB, proudly claims in its charter that it provides “educational content that draws on modern international economics textbooks (mainstream economics)”, and that this content is “balanced, multi-faceted, non-ideological”. Consequently, you will really struggle to find non-mainstream references in the many pages and resources of their appealing website. Other teaching resource providers will also pledge allegiance to mainstream economics or won’t even bother rendering explicit their theoretical inclination, like Économie et Société.

The narrow and ideologically unbalanced theoretical basis used for teaching economics in Swiss post-obligatory education is severely problematic with regards to the declared political objective of promoting ESD.

Indeed, on the one hand, as is acknowledged since the 2008 crisis, mainstream economics is fine for interpreting stable situations, especially at the micro-economic level, and for “good weather” or “elevator” macro-economics. But its intellectual attachment to mechanistic concepts and political status quo has made it a poor and oft misleading basis to envision systemic crises and reflect on sustainability challenges. And, on the other hand, the reason why the international community is concerned about SD (and ESD) is because we are on an increasingly unstable and unsustainable path. A situation admittedly requiring broad changes.

As is recalled in the thesis (more details there), SD can be interpreted in a weak vs. strong sustainability perspective. In (very) short, proponents of weak sustainability are calling for “status quo + green growth”, putting all their bets on technological change for decoupling economic activity from material extraction and pollution. Unfortunately, evidence of such decoupling is inexistent. Proponents of strong sustainability welcome technological improvements, but simultaneously call for scaling down the global economy in tandem with stronger redistribution to enable a just ecological transition.

Weak sustainability being built upon core neoclassical ideas, such as the perfect substitutability of production factors, it is no surprise that mainstream economics tend to frame sustainability challenges through this weak lens. Using the example of three key sustainability challenges, my thesis examines how teaching resources in Swiss post-obligatory education approach the challenges of 1) financial instability, 2) inequality, and 3) environmental degradation. In short, they propagate the mechanistic monetarist tale (Kohler, 2021), ignore the issue of inequality and call for continued green economic growth (Curnier, 2020) in Switzerland (and everywhere else). Absent any insights originating from outside the mainstream, teaching resources present themselves to students as ideologically neutral when propagating quantitative monetary theory, discarding expansionary and redistributive fiscal policies aimed at full employment/reorienting economic activities as inefficient, or outrightly rejecting the possibility of economic degrowth.

With limited individual nuances, most key actors interviewed in my thesis do not see a major problem with the current situation and think that the way economics is currently taught makes a positive contribution to ESD. My analysis diverges from this view and calls for better integrating scientific contributions from other disciplines as well as from heterodox schools of economic thought into the didactics of economics in Swiss post-obligatory education so as to support economics teachers in approaching sustainability challenges through the lens of strong sustainability.

The following proposals are formulated in view of future revisions of programs of study and teaching resources aiming at better promoting ESD. They are addressed to the multiple actors mentioned above: